Why is Montreal Expos Gear More Popular Now Than When They Were Still Active? 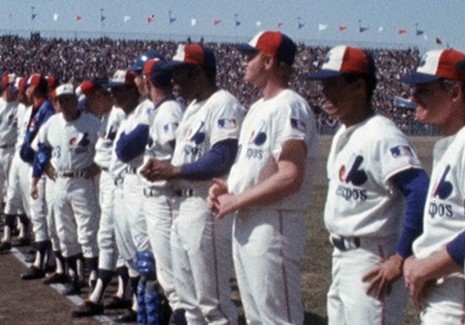 The Montreal Expos up and left following the 2004 season. At the time of their departure, they had the weakest attendance in Major League Baseball. They also hadn't qualified for the playoffs in over 20 seasons. Yet, here we are many years later and Montreal Expos hoodies, Expos hats and Expos t-shirts are considered very cool to wear, be it in Canada or the United States. Why?

There are many reasons why Expos items are considered cool and highly sought after. First, there are the colors. The red, white and blue motif appeals to almost everyone. Next, the logo itself is incredibly original. The E wrapped around what looks like an M and a B is, well, bizarre. But it works. Despite the fact that the name Expos doesn't really represent anything significant or meaningful (other than Expo 67 in Montreal being a big event 2 years before the team played a game), it's cool as heck.

Then you have to throw in the culture factor. The Expos played in a unique city featuring a different language. The team and its fan base stood out. Any American baseball fan who visited Montreal instantly fell in love with the night life, the cultural sites and the odd stadium that they played in.

Fast forward to modern day and it just seems like certain milestones and important events keep putting the team and its baseball jerseys in the spotlight. First, there was former player Andre Dawson going into the hall of game in 2010. Then the unfortunate passing of Expos catching great Gary Carter in 2012. Major League Baseball then instituted preseason games in Montreal in 2014. In 2017 we saw former legend Tim Raines get into the hall of fame. Soon after, it was the iconic Vladimir Guerrero's turn to be enshrined.

So whether you prefer the powder blue throwback colors and pinwheel cap representing the early days of the Expos in the 70's and 80's or the more classic dark royal design from the 90's, Montreal baseball gear is cool. We've seen hip hop artists wear it in music videos and even politicians don an Expos hat.

If you want to join in and represent one of the most colorful teams in MLB history, you can shop Montreal Expos gear here!

As always, if you have any questions or comments, please feel free to contact us